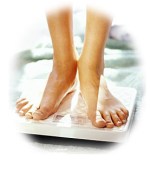 I’m currently off 20 pounds from my peak weight. Some of them came off naturally after childbirthÂ but it took a looooong time. I was still wearing my maternity clothes way after my children were born.

People told me that breastfeeding will make me lose weight but that was not the case for me. For the record, I did not breastfeed to lose weight. Haha. Anyway, breastfeeding made me gain weight. I was so hungry I ate all the time. I ate more than I usually did and this became a bad habit. I ate without feeling guilty because I had good excuse to eat. Breastfeeding!

To cut a long story short, when I finally decided to lose weight, I lost it by…

Everytime I ate, I stopped to think twice about what I eat and I would select the less fattening. I would stop before I felt too full, meaning I stopped overeating. Its so easy to overeat by enjoying all the foods you love but afterwards you feel bloated and uncomfortable so why do it. I made a concious decision to stop even though I felt like having some more.

Doing this made me hungry sometimes, but whenever I felt my stomach rumbling, I would snack on something small to ease that hunger so that I won’t overeat at the next meal.

After a while, when people started noticing the weight loss, it became easier and easier to lose because that itself was a motivation. But I became lazy…. and stuck.

So now begins my new weight loss journey again so that I will have nicer looking arms, reduce the thunder thighsÂ and have aÂ smaller tummy (It will always be there but at least I hope to reduce the tummy size! I’ve always had a tummy even when I was thin. *grumble grumble*)

I exercise 3-4 times a week for 20-30 minutes for health reasons but to me, its the reduction in food that does it. However exercise helps in the sense that you must think about input and output. If your food input is higher than your energy output, then naturally that equals FAT! So if you lead a sedentary lifestyle, you have to make sure you eat less and move around more. Its simple common sense.

I hope these tips helps…

Another tip for the ladies I linked above. As a start, you’ve got to go and try out all yourÂ pretty old clothes in your cupboard that no longer fit, go shopping for clothes that are too small for you and ogle at models.Â Then each time you reach forÂ the food, you will think of that and this post and stop yourself. Hahaha!Â

So, who else is joining me?