This is a rather belated post about my CNY 2008. Since its Chap Goh Meh today, I better post this before Chinese New Year is over. 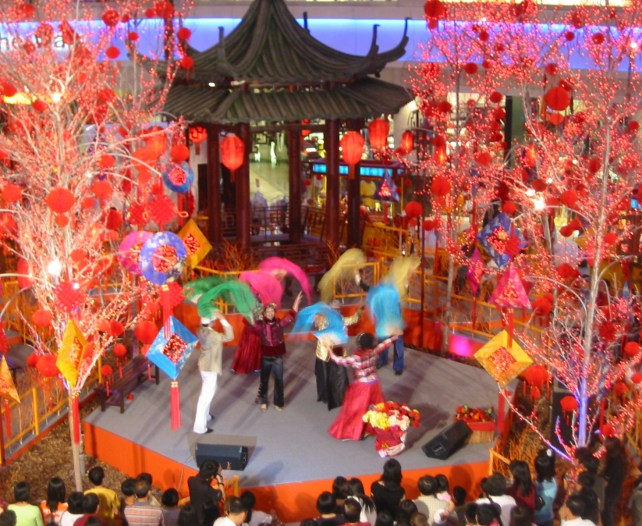 Before CNY we went shopping and saw lovely decorations at the Malls, not as nice as Christmas but still lovely. 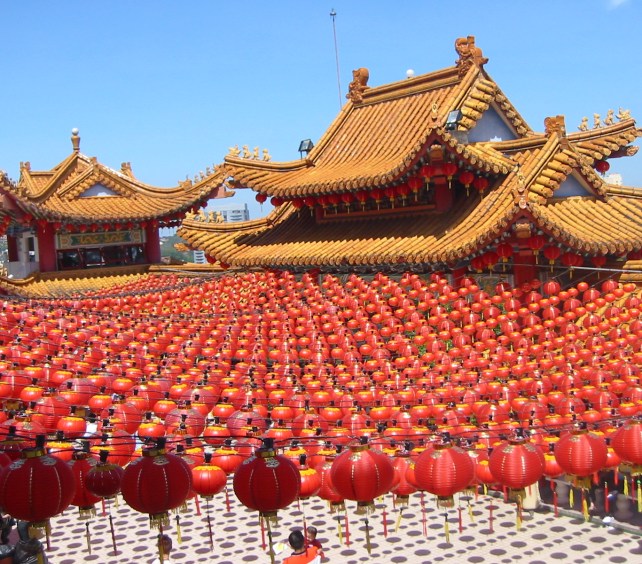 On the first day of CNY the kids wanted to see the Lion Dances but we missed two as we arrived too late at the temple and too early at the house we were visiting. Nevermind, we made up for it on the 2nd day in our hometown. We couldn’t miss that as aunty cooks for the Lion Dance troupe which uncle is part of.Â 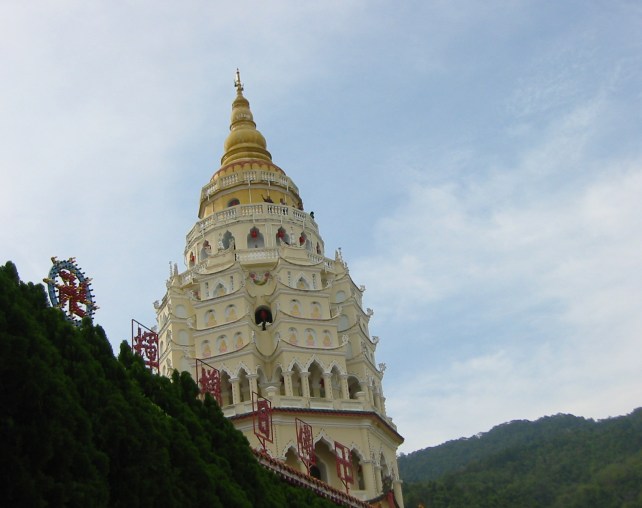 We were mostly sick during CNY all down with coughs. Hubby slept alot but on the fourth day of CNY when he was better, after lunch he suddenly announced that we were going to take the kids to Kek Lok Si Temple and he wanted them to experience the climb so we were not going to drive up. I looked down at my dainty high heels and knew that I was going to have a tough day…… on my feet.Â 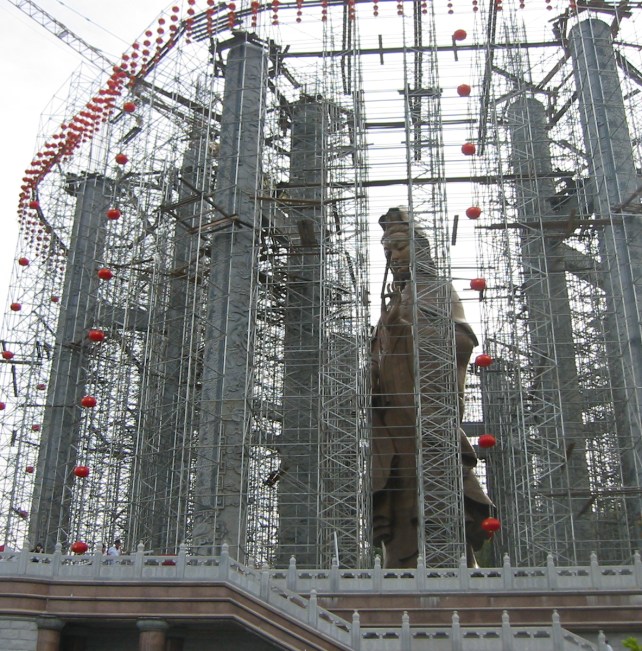 It was worth the climb though. I hadn’t been there in a long time and had not seen the recent developments. We took the first inclined elevator up to view the bronze Kuan Yin statue which looked very majestic looming in the sky above the hills. My picture above does not do it justice. Majestic beams surrounding itÂ are still being constructed. We wrote our names on a roof tile that will be part of the new renovated portion. The air was cool and nice.

The boy slept on daddy’s shoulder on the way down. The girl dragged mummy’s hand as mummy was slowed down by her dainty high heels. Men! They never think of such fine details like these do they. He could have at least told me to wear my sneakers. 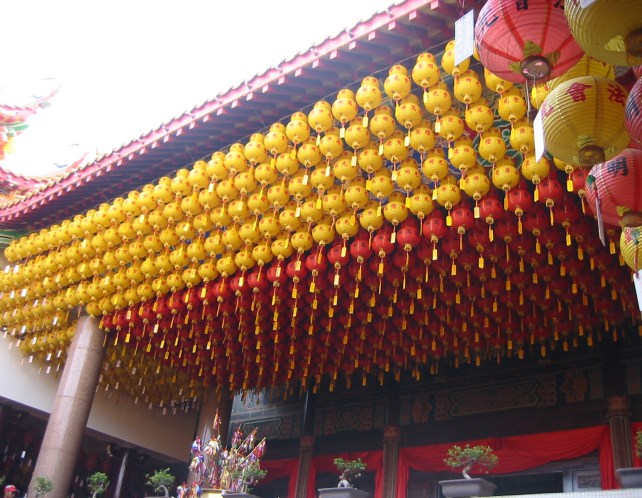 We finally made itÂ home to KL the next day, a 6-7 hour drive. My cousin who left a day earlier drove for 12 hours!

Well, I’ve had my fill of cookies and oranges etc etc until next year now its time to diet. I think I have a head start with my food poisoning.