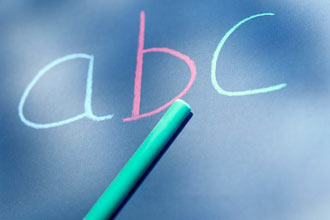 “He is four years old. Why isn’t he in kindy yet?”

I’ve gotten used to hearing this by now. I still hear it quite often when my 4 year old boy tags along to his sister’s kindy. I hear it from the teachers, the other parents as well as grandparents. They won’t leave us alone. Everytime I meet a new parent, they’d ask this question and look at us as though we’re weird. It annoys me to no end.

The kindy where my girl attends hasÂ

Some of them come to school with bolsters, pillows, pacifiers and are still in diapers. Some of them look like they’ve just learned to walk. Notice that the kindy has more classes for 4 year olds compared to the five and sixÂ  year olds. What does that tell you?

It tells me that the entry age for kindy has been brought down significantly. Why? I suppose its because we now live in a competitive world where both parents are working and we simply have no choice and if we don’t send our kids, they will not be learning anything at home and we’re worried they will be left behind. Yada yada yada.

I guess if one really does not have a choice, its ok if you send your child to a playschool to play. But no, the kids are now subjected to at least 3 years of kindy ie K1, K2 and K3. The learning environment is structured with many subjects like Math, English, Malay, Mandarin, Science, Moral, and there is homework and tests. (Previously there was only kindy, then there was K1 and K2, now we have K1, K2 and K3. What next? K4 I suppose.) I think its crazy.

My 4 year old is at home and they think I’m crazy. Some tell me “But you have the luxury of being home to teach him.” No, I don’t have the time to teach him all the time. Sometimes I just let him watch TV but I think thats perfectly fineÂ for aÂ 4 year old. So I’m probably crazy. More crazy then the parents who say “But I’m so worried my kid will not learn anything at his grandparent’s.” I understand those who do not want to leave the kid alone at home with the maid but not wanting to leave the kid in the comfort of home with loving grandparents? Hmmmm….

My girl didn’t attend any playschool, playgroup, Sunday school, nursery or whatever you call it. She stayed at home with me and went to kindy for the first time at 6 years old. And no, she did not turn out to be a social pariah. (As some predicted. Those are not my words.) No, she is not left behind. No she is not miserable in kindy. On the contrary, she isÂ one of the above average students (according toÂ her teacher), she has many friends and she participates in class by asking questions and she loves kindy. Right from the very first day. I didn’t have to deal with any tears.

My boy is much more clingy than her. He is like a koala bear with super glue. But I shall not worry. I shall not worry the next time I hear “He is four years old. Why isn’t he in kindy yet?” along with the weird glances we receive. I shall be sending him next year at age 5. And thats it! Just leave us alone!

20 thoughts on “What is the Entry Age for Kindy”