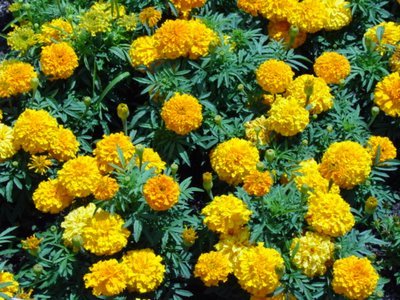 Someone suggested that I planted some Marigolds in my little garden. So I did a little search on the internet on the Marigold flower.

I found out that in pre-hispanic Mexico it is regarded as the flower of the dead and is still widely used in the Day of the Dead celebrations.

In India it is regarded as a sacred flower and is offered to deities or made into garlands as decorations during religious celebrations.Â  In Western tradition, however, Marigolds are associated with sorrow and the offering of sympathy. 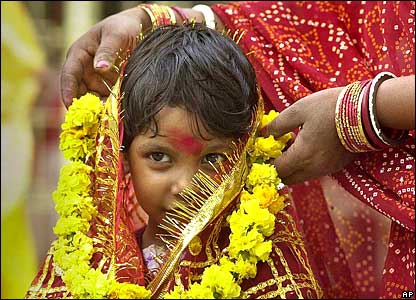 Early Christians named the Flower Mary’s Gold. Marigold Flowers were offered to the Virgin Mary by the poor who could not afford to give actual gold coins.Â It was told that Mary used the blossoms as coins. A legend says that during the Flight into Egypt the Holy Family was accosted by a band of thieves. They took Mary’s purse and when they opened it, marigolds fell out.

It is also the October Birth Flower. Anyone born in October?

The Marigold Flower has many meanings from affection and health to cruelty, jealousy and grief and despair. 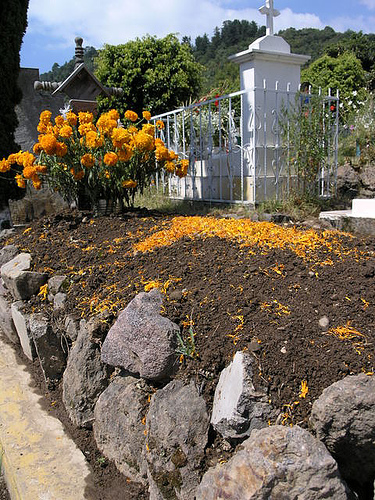 However, I could not find what the Marigold Flower means to the Chinese.Â I only know that it is widely sold in pots during Chinese New Year. I have no idea why? Can anyone enlighten me? Is this the same flower that is used for prayers and the same one that is used for offerings to ancestors as well? Does anyone know?

Just a small, humble flowering plant and yet it has such a wealth of culture and symbolic meaning. Amazing isn’t it? It also has many other uses as a herb but I won’t go into that. And its supposedly fed as chicken feed to make the egg yolks more yellow for the consumers. Its also a good natural insect repellant for other plants. For example, planting it next to your tomato plant will keep your tomato plant free from pests. Those are some of the botanical secrets I read.

However, in this post, I am more interested in the symbol and meaning of the plant. I am not that “pantang” but I think I’d rather not plant a flower meant for the dead in my garden. It seems so morbid. 😛

So can anyone tell me what the Chinese usually use this plant for? For the dearly departed or for Chinese New Year?

4 thoughts on “The Meaning of Flowers: Marigold”