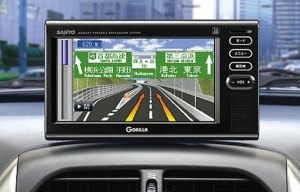 I love contests and dreaming about the chance of winning. However, entering contest does take a certain amount of effort. You have to fill up some form or survey and come up with a slogan at times. Then you have to go mail your entry. And finally if you do win, you have to go and collect your prize at some far away distant land. Hahaha.

Well, that was what happened to me recently. I won some foot protection stockings, 12 pairs in all costing up to RM100. But I had to go and  pick it up in a land far away. Which comes to the next  point about me. The fact that I can’t read maps very well.

My husband was very kind to offer to take me to this distant land to pick up my winnings but I think he got very frustrated by the way I read maps (as usual) and I think eventually, he probably thought it was easier to give me the RM100 to go buy the stockings myself. Hahaha.

I remember once when we went on a holiday somewhere, we ended up having a big fight because of my map reading skills. He got frustrated and you know smoke started to come out of his nostrils and ears and then he said I can’t remember what, which ended up in me saying “If you’re so smart and clever, why don’t you read it yourself!” which of course he can’t because he was driving. Hahaha. And one thing led to another and the holiday (well that day anyway) turned into a disaster. Its so funny now to think about it. Sometimes we fight over such small things and we ruin our own happy day and now, years later, I can’t even remember what we said to each other and why we got so mad. Silly isn’t it?

Anyway, the other day, I could see the man holding his breath and trying not to explode. Lol. Eventually, we got to the land faraway and I got to collect my winnings. Sometimes I wonder if its worth it. All that trouble for 12 stockings. 😛

Now, I’m waiting for the chance to win that RM200 plus bed sheet set or some shopping RM vouchers from a shopping center. Just you wait and see. Someday… someday… I’m gonna win something big. In the meantime, does anyone know of any contest that includes a car gps map thingy (or whatever it is you call it since I am a bit technically challenged, I can’t remember what its called) as a prize?

Which reminds me, the latest Proton Exora H-Line model has it, I think. The other day, we happened to drive pass a Proton showroom, so being kpc Malaysians, we went in to kaypoh and look around. What do you think of the Proton Exora. Would you buy it?