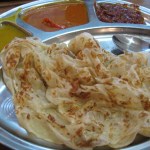 Sometimes on lazy Sunday afternoons, after a heavy breakfast, we would skip lunch. However, this would make us hungry around tea time, so we would head over to the mamak coffee shop for some roti canai and teh tarik. The kids enjoy roti canai too. They like to eat their roti canai with sugar just like their mummy used to do. Sometimes they would dip their roti canai into a little bit of dhall, just to make the sugar stick but that is the extent that they will take on anything spicy. 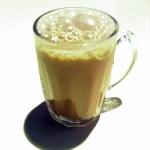 One such afternoon, I happened to glance around the coffee shop and I was amused to see a young Malay couple, a group of Malay, Indian and  Chinese teenagers hanging out, a lone middle aged Chinese, a few Indian men in a group, a young Malay family, then there is our family of four and various other combinations of Malaysians of different races as well as different age groups, young and old. It is truly a Malaysia place and I truly enjoyed my roti canai and teh tarik as well. 🙂

9 thoughts on “The Most Malaysian Place”