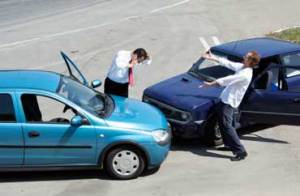 One lazy Sunday morning, I was buying kuih by the roadside stall when “BANG!” Everyone turned towards the source of the loud noise to look.

A lady of about 30-40 years old had banged her car into another car while parking her car. The owner of the car, a man of about 50 plus years old came running and said something to her. I could not hear what he said. However, I heard her loud and clear. She said……

“I DIDN’T SEE YOUR CAR LAH! WHO LIKES TO BANG INTO OTHER PEOPLE’S CAR???!!!! HAIYAH! I AM GOING TO PAY YOU ALREADY WHAT!”

And she went to get some money to pay the man. I couldn’t hear what the man replied to her. Obviously he was much more soft spoken than her. Or maybe he was dumbfounded……. as I was.

Instead of being apologetic as she should have been since she was in the wrong, she shouted at the man. Probably the man should have replied “Who likes their car to be banged into on a Sunday morning and then be shouted at?”

I wonder what makes people like that tick? Recently the same thing happened in school too. A mother was trying to park her car and while she drove past a school van, the driver drove straight into her car without looking and instead of being apologetic, they (the driver and his passenger, both men) scolded her. They had been chatting and did not see her, hence they crashed into her car which was passing by and instead of being apologetic, they spoke to her rudely and loudly.

What has become of people these days? Whatever has happened to plain curtesy? Why can’t they be humble and admit it when they are wrong? Why can’t they say the word “Sorry”? Is that so very hard?