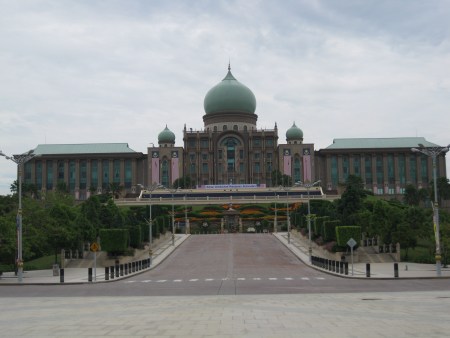 During the school holidays, we took the kids to Putrajaya for an afternoon trip. It was supposed to be an “educational” trip. 😉 The kids had learned about some important landmarks in Malaysia in their school books including KL Tower, KLCC and Putrajaya. We didn’t want to take them to the first two because it was too crowded so we went to Putrajaya instead.

It was a nice change. No crowded streets and traffic jams. The buildings were so modern and impressive. The roads were wide and clean. There was so much greenery. Lots and lots of well maintained landscaped parks with beautiful and perfectly manicured lawns filled with lovely flora and fauna.

The government buildings were very impressive and each building had its own design and character of its own. Even the bridges in Putrajaya had interesting architectural design. The lawns were lovely. Did I say that already? Its because I love them. The buildings look befitting of buildings that contain hardworking people governing the country. It is my hope that someday soon that the governing will fit that image that I came away with. 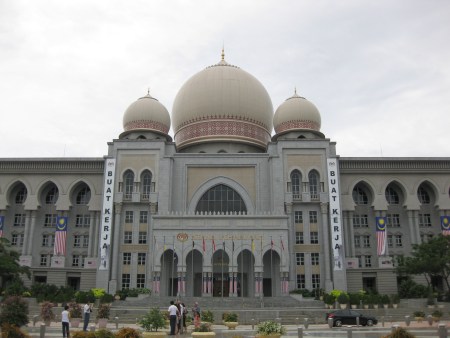 It was a very good visit. Everyone around seems in a holiday mood. There were a quite a number of tourist buses around. People were going around snapping photos. If you love nature, this is a good place to visit. You can visit the parks, rent a bicycle and cycle around with your friends. That should be fun. For families,  you can take a cruise on the boat. Or just drive around like we did just taking in the sights and stopping every now and then to snap a photo or two. There were lots of people doing that.

However, being KLites with kids, when it came to mealtime, we ended up in Alamanda Putrajaya to have a bite of A&W. How boring is that. 😛 The mall here was crowded with people wearing masks, much more than the malls in KL.

My photographic skills is not as impressive as the buildings. So you can go here to view more images of Putrajaya.

4 thoughts on “An Afternoon in Putrajaya”