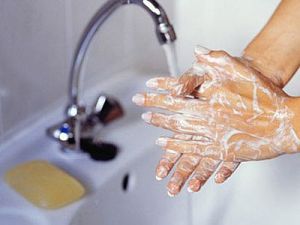 With all our frequent handwashing, regular use of hand sanitizers especially after touching common public surfaces like hand rails etc, not touching the face with the hands etc, we were not able to keep sickness at bay. We’ve been attacked by various viruses continuously. When will it end?

First it was the boy. He got it from kindy, presumably. He passed it on to his sister. They had cough and cold. They recovered.

Next it was the girl. Almost as soon as they recovered. She got it from school, presumably. She passed it on to her brother. They recovered from a second bout of cough and cold.

Then it was the man. He got it from work, presumably. Right after the kids just recovered. He passed it to me. He recovered. I am still having sore throat and some phelgm.

I have not yet recovered. I am trying my best not to pass it to the kids.

However, the girl started vomitting. I don’t know where she got this from because it was holidays and she was away from school. So it was probably in a public place, the supermarket or bookshop or whatever.

The doctor says its a stomach virus and she is not prescribing any medication. Not cough and cold like what I have, so I’ll still have to be careful about not passing it to the kids. She’ll just have to ride it out, says the doctor. She gave her a suppository to stop the vomitting and a warning to maintain utter care or the rest of the family will get it too especially the boy. Wash your hands frequently after touching each kid, she says.

Oh No. When will this sick unmerry go round ever end?

With the kids having concerts and exams, it is even more crucial that they don’t fall sick or in this case, that they recover quickly. One of the things I regularly face is how to keep the kids healthy just before their school trips, parties and concerts etc. Events that they look forward to for months, sometimes.

My only consolation is, when the boy wanted a hug and I said “Stay away from mummy ok? Tahan a bit. We’ll hug hug again when mummy is feeling better.” and he said “I cannot tahan, mummy. I love to hug hug mummy!” Well, now he has to stay away from his sister as well.