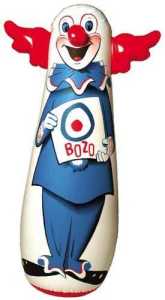 Three months ago my son had cough and cold. I got it too. The doctor I saw suggested that I do a chest X-Ray because he said he heard water in my lungs but he could not be sure. He thought I might have pneumonia. I didn’t go for an X-Ray because I was too busy (as usual) and I didn’t feel that sick. The doctor gave me several rounds of antibiotics to take.

The cold went away but the night time cough remained… till now. The phlegm turned from yellow to colourless indicating that the infection was gone.

This week the boy caught cough and cold again. As usual, he passed it round the family and my phlegm turned yellow again. So I went to see the doctor and decided to do a chest x-ray as well.

To my shock, the radiologist stated that I had active TB! The doctor asked whether I had any sudden loss of weight, loss of appetite or fever. The doctor said he would not treat me and sent me off to the National Respiratory Centre for further tests. He said my whole family may be called in for screening. So off I went to do a phlegm test. I was told to cough out some phlegm where they would put it under microscope to check for the presence of the bacteria that causes TB.

I tried as hard as I could but I could not cough out any phlegm, only saliva. The result was negative. I wonder how accurate that is since I could not produce any phlegm. After the test, I was told to go home and call the next day for an appointment date to see the pakar respiratori. I did as I was told. I called the next morning and was given an appointment at the end of this month!

Geeez! I can’t wait that long! So I hunted for another specialist at a private centre, went to the National Respiratory Centre to collect my results and off I went to see him. He did not think that the x-ray was remarkable but suggested that I do another x-ray from another angle. They did the x-ray 3 times! 3 times plus 1 time from the earlier x-ray plus 4 times from my dentist this month. I am now radiating with radiation!

Well, anyway, the radiologist stated that what he saw here and in the other x-ray is a Ghon’s Focus. I checked the internet and have some rather vague idea of it. I think it means a primary lesion caused by the TB bacteria, somthing like that.

However, the doctor disagreed with this finding. He thinks it is a granuloma (he explained to me that it may be an old scar left behind by an old infection) and sent me home with 3 days of antibiotics and various cough and cold medicine.

My two children have been sick since the beggining of this week, both missing 4 days of school. In a Chinese school, when you miss 4 days of school, it means lots of catching up to do afterwards. I have two more dentist visits to go to fix back my tooth.

Most importantly, I feel fine. No fever, no loss of appetite, still putting on weight as usual. For the first time, I am happy to put on weight. I am not sure about going back to the Respiratory Centre for the evaluation since the phlegm test was negative and the private specialise says he thinks it is not necessary to pursue it further for now. TB is an airborne decease. There were many sick people there. An old man was coughing out blood. Going there may have inadvertently exposed me to TB even if I don’t have it!

Such a week! The boy is back to school today but the girl is still at home. I hope we have a calming weekend and everybody gets some good sleep. When will all this end? Our medical expenses keep on going up!