When is mooncake festival 2011? This year mooncake festival or mid autumn festival falls on 12 September 2011. The stores are busy cashing in on this with many displaying and selling mooncakes and lanterns for children from as early as the beginning of this month. These days the mooncakes come in all sorts of flavours and packaging. Sometimes I wonder whether they are selling the boxes or the mooncakes!

Then there are the flavours. There are chocolate mooncakes, ice-cream mooncakes, green tea mooncakes and …. and….. did someone say angry bird mooncakes? Yes. Now you can eat Angry Birds Mooncakes too! Rovio has released Angry Bird Mooncakes just in time for this year’s Mooncake Festival on 12 September, 2011. 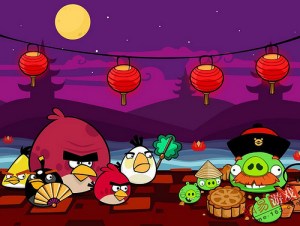 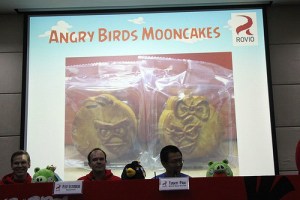 And while you are busy munching on your mooncake, you could sit back and watch your little ones play with that Angry Bird Lantern under the moonlit night. 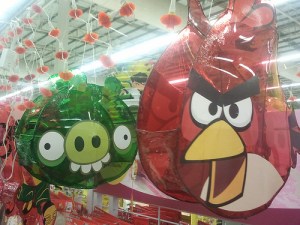 Help! The Angry Birds have taken over earth! And now they’re headed for the moon!

5 thoughts on “Angry Bird Mooncake Anyone?”