We visited Penang Hill during the Chinese New Year. Our family of four plus our maid. I wasn’t very keen to try out the new Penang Hill Railway at first having read of several halts in its services, the rice in the Penang Hill Train Ticket price, the lack of parking space etc. Anyway, the children hadn’t been there before so we decided to brave it out. 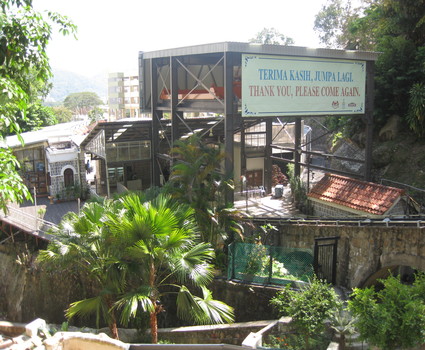 The car park was sufficient despite the crowd and the jam. We only had to take a short hike to the train station (from the back of the station as you can see from the picture) amidst a nicely landscaped background and we could see a view of the train going up. 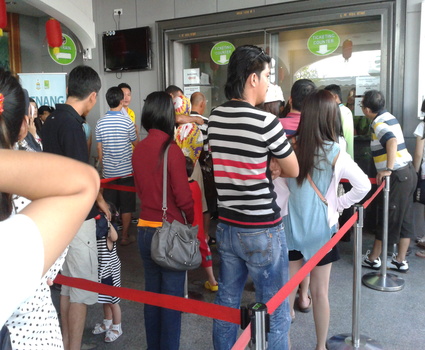 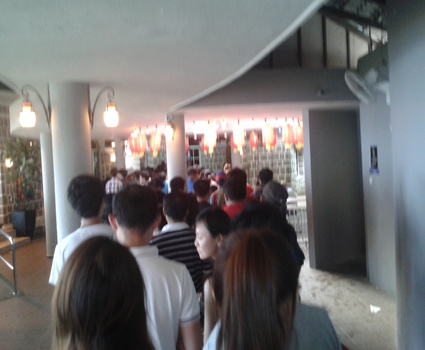 After queuing for the train ticket, we queue for the train. I wish there were more places to sit and rest while queuing. 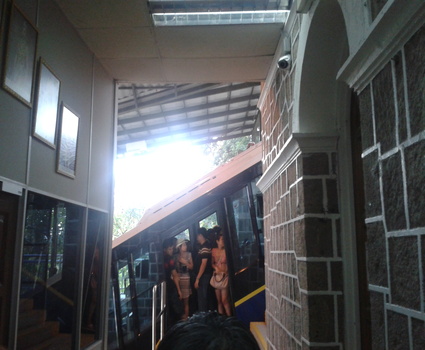 The train was stuffed to the max with people till the door could not close. They had to get several people to come out to wait for the next train. I think they should have a counter to count the number of people that a train can accommodate then allow only that amount of people in. We had to waste a lot of time waiting for the door to open and close unsuccessfully before they got a few people to come out. 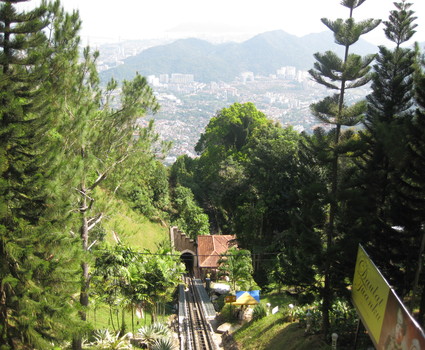 The hill was steep, the train was fast and the view was beautiful. I guess it made up for the waiting etc. 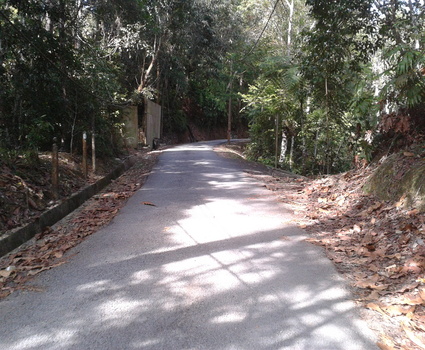 We took a buggy ride because I was too lazy to walk. It was fun and we had a nice view of the hill and the bungalows and the jungle….. 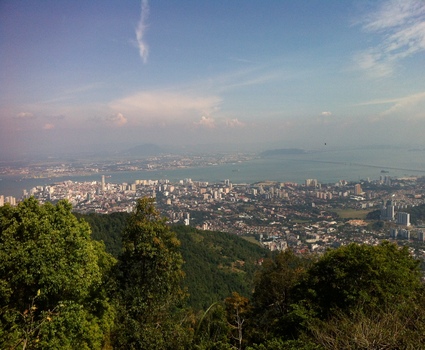 …..and a view of the whole Penang Island from the hilltop with commentary from the driver but of course I had to pay a fare for my laziness. 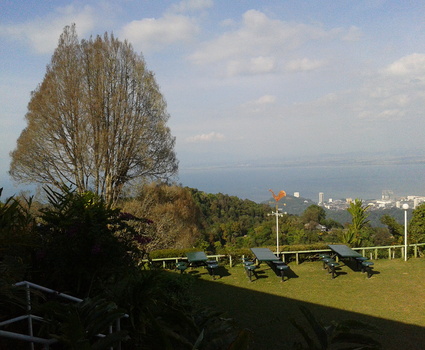 Then Ms Lazy had some ice-cream and proceeded to have a drink at this quaint hotel with a nice view and a lovely breeze….. 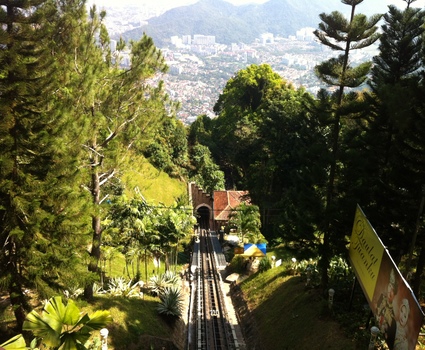 …. before we made it back down the hill.

I haven’t been up Penang Hill for many years. The last time was on the old funicular train ride with the familiar old red train. So is the new Penang Hill railway and train better? I guess the old train has its charm but the new train ride is smoother. Its rather fast though. I wouldn’t mind if it was a little slower so I could enjoy the view longer. As with regards the price of the ticket, I think they should consider families with maids. Its quite ridiculous to pay a ticket for the maid that cost more than twice the amount for my entire family’s train fare. I like the buggy ride. I enjoyed the view and the cool atmosphere. I wish I was young again so I could go hiking and stay in one of the old bungalows as I did when I was a teen. That about sums up our trip up Penang Hill.