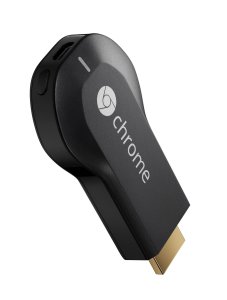 arrived in the mail. I’m really excited about it because this little thing allows me to watch YouTube videos on my TV easily. In other words, it makes my TV smart! With wifi connection, I can use an iphone, ipad, Android phone or tablet, laptop or desktop computer to ‘cast’ the videos onto the TV screen. Awesome! (as my kids said and it truly is).

What is the Google Chromecast? The Google Chromecast is a dongle developed by Google. It is tiny, just 2.83 inches but powerful. It lets you play audio or video content from a variety of devices namely your mobile phone, tablet computer, laptop computer or desktop computer onto your TV wirelessly via Wifi connection. You can stream video via an app. Supported apps include YouTube, Netflix, Hulu Plus, Pandora Radio, Google Play Music and Google Play Movies and TV. If you are not in the US and is unable to subscribe to Netflix, Hulu Plus or Pandora, fret not, you can still stream video content from your desktop by using the Chrome Browser with a Chromecast extension. At the moment, this is still under Beta but it works fine. 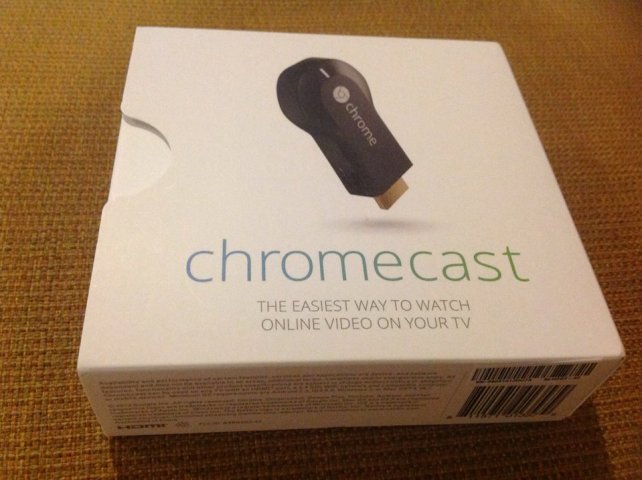 The box was small and there were four things that came with it. 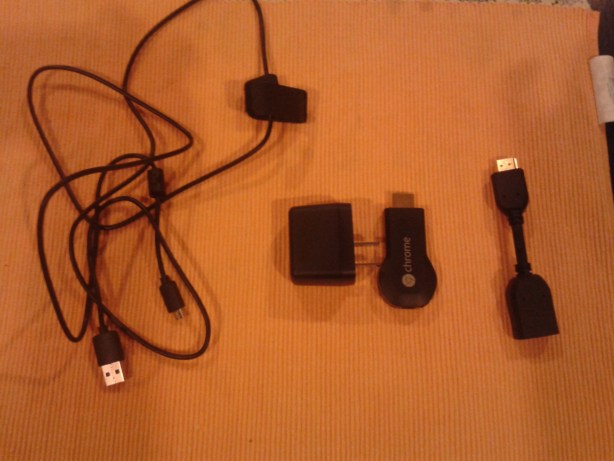 I immediately set the hardware up. The simple instructions were on the box itself. 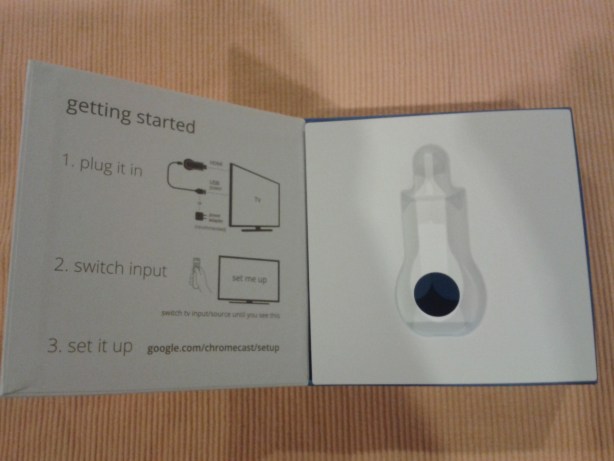 I searched for the HDMI input at the back of my Sharp Aquos TV.  I had an unused one called Input 3. 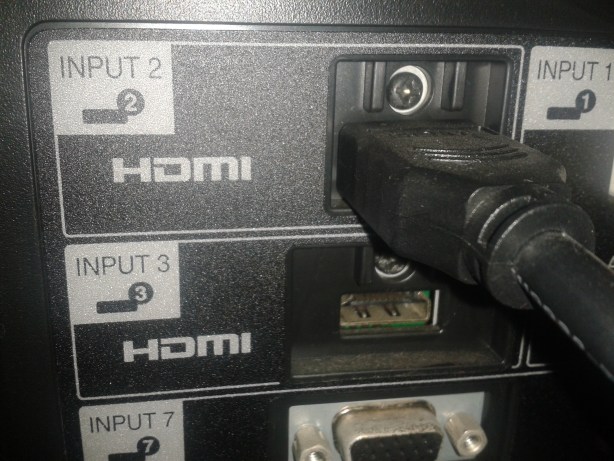 Here is a picture of the HDMI adapter and the Chromecast dongle. 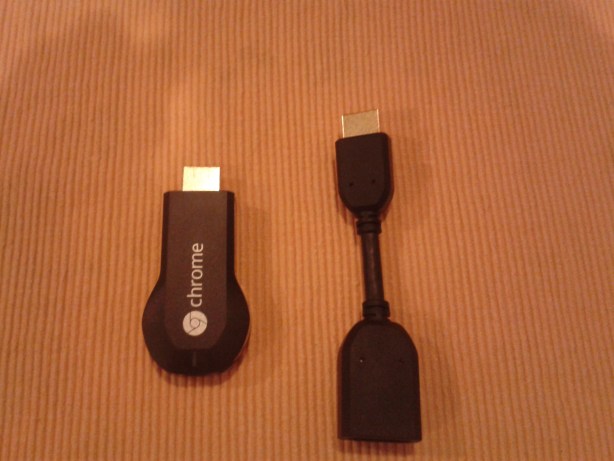 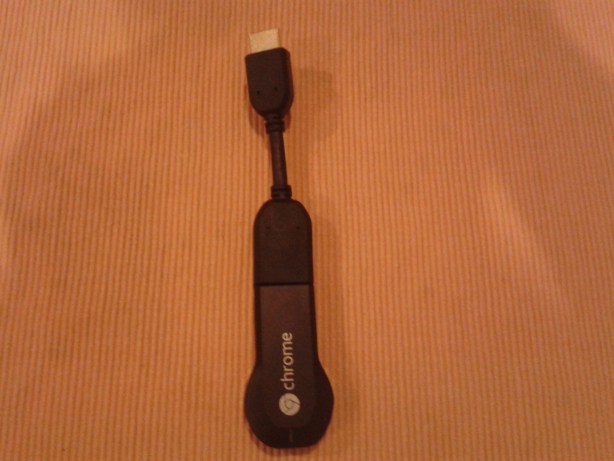 This baby needs to be powered, so the next step is to join the USB cable to the Chromecast dongle. 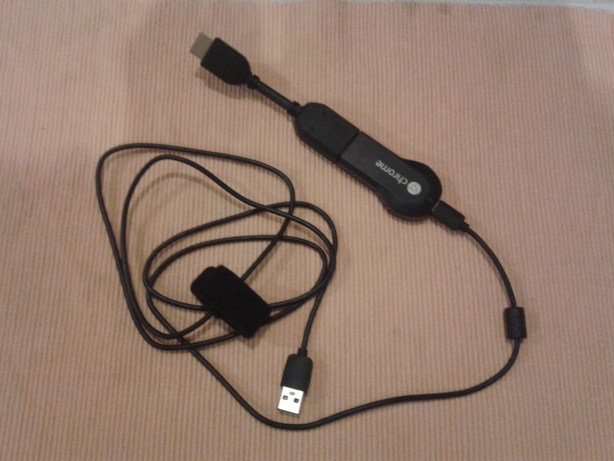 You can power the Google Chromecast by using the power adapter or if your TV has usb, all you need to do is to stick the USB cable in the USB input on your TV.

I decided not to use the power adapter because I couldn’t figure out how to use it. 😛 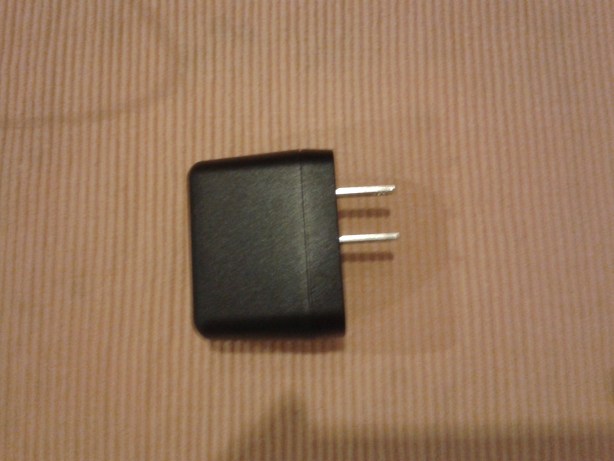 So, first I inserted the dongle into my HDMI Input 3 behind my TV….. 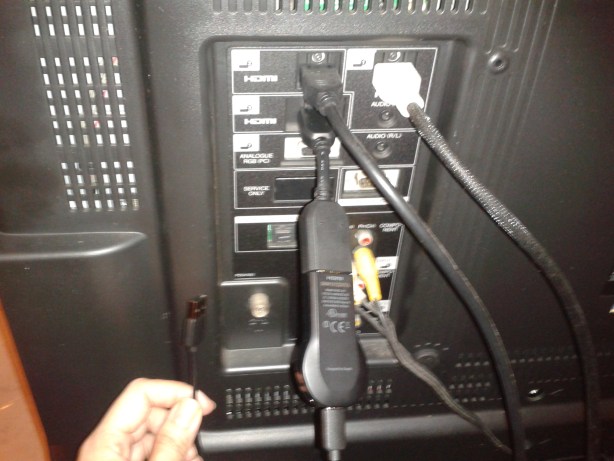 Then I inserted the USB to my DVD player with a USB. If you are using the power adapter, all you need to do is stick the one end of the usb cable to the dongle and the other end to the power adapter. You don’t have to use your DVD USB input like I did. I used that because my TV does not have a USB input. Every cable and adapter you need is all provided. 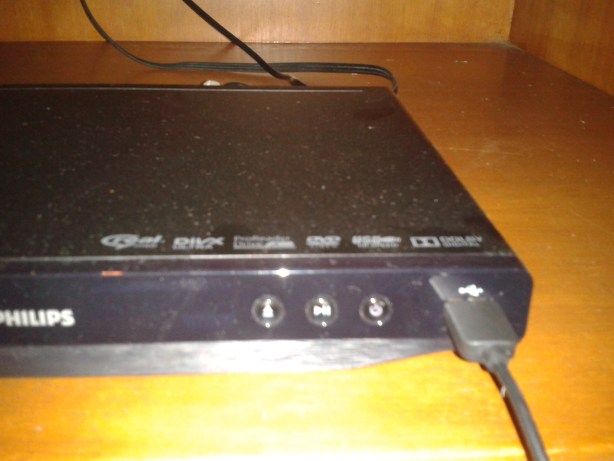 With the hardware ready, the rest of the setup was easy. Now what I have done so far was to plug it in (Step 1 on the box). Then all I had to do was follow step 2 (switch input – in my case Input 3) and then step 3 which is go to google.com/chromecast/setup and follow the instructions there to setup. It was really easy too.

Soon, I was able to play my YouTube videos from my ipad. However, I am an international user. In the US, besides YouTube, the other supported apps are Netflix, Hulu Plus, Pandora, Google Play Music, Google Play Movies and TV. So my use was somewhat limited to watching YouTube videos. These looked great, the audio and visual were terrific. 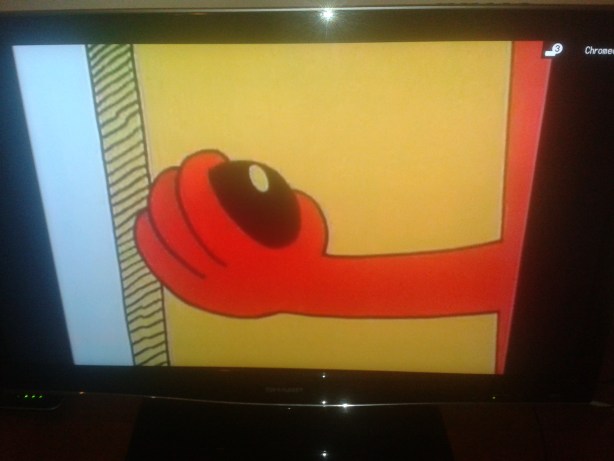 You can see that I am watching from Input 3 using the Google Chromecast in this picture. 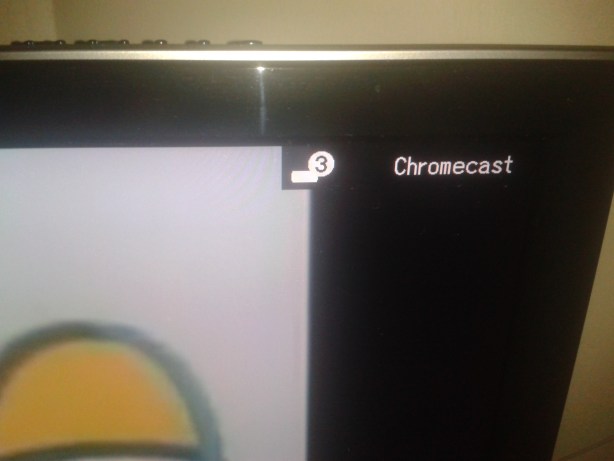 In order to do this, I have to be on the web by using the Google Chrome browser. I also had to install the Google Chromecast extension. This is no different than installing apps on my ipad. Very easy. Soon, I was watching streaming videos on my TV. The most delightful thing is when you are watching cast videos on your TV, you can still use your device for other things at the same time. For example, I took some of these photos from the phone using my phone camera, while the videos from YouTube were being cast onto the TV. The videos continued to play while I used the camera phone, surfed the internet on other tabs etc. This is what is really good about the Google Chromecast. While your device is casting, you can still use it as normal for other purposes. 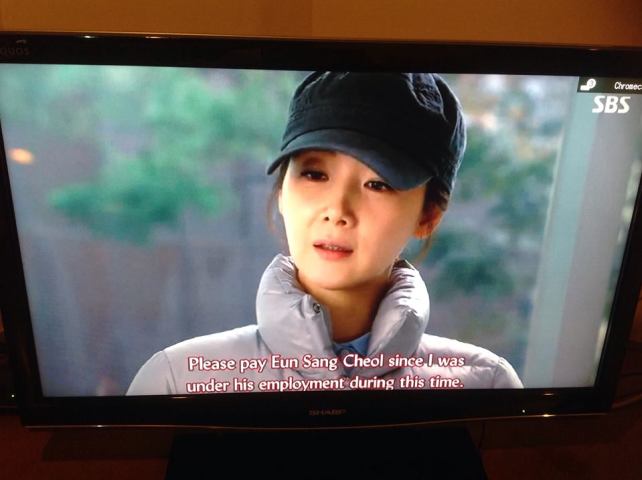 There was a slight lag between the audio and visual and casting was not perfect at first but that was quickly fixed by going to my Google Chromecast extension and setting the options to standard video quality 480p instead of 720p. 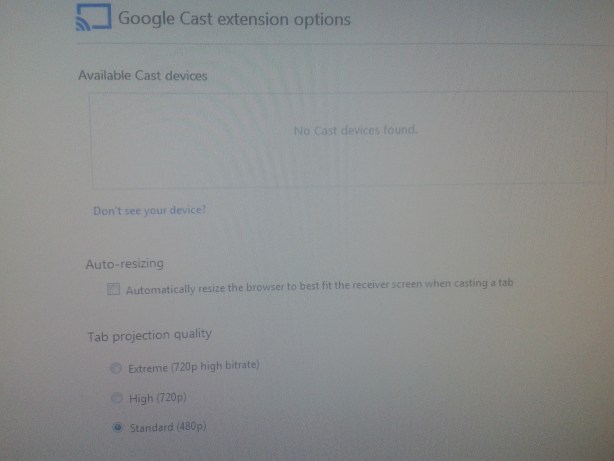 I love it! I think I will be watching a lot more YouTube videos from now on as it works best with that. For the price, USD35 it is definitely worth it.  If you are an international user like me, you will have to pay some extra shipping charges to your country but it is still worthwhile. Shipping charges for me in Malaysia was more than half its price so do check on the shipping charges for your country. It is very easy to set up. You basically just plug in and play in minutes.

Small issues. I did not have any problems setting Google Chromecast up in minutes. My Sharp Aquos TV was ready to cast and there were no issues. I did face a few small issues though as I tried it out with all my devices.

My Google Chromecast was set up in the Living Room TV and I had no  problems casting YouTube videos and streaming videos from both my desktop PCs upstairs. So before you buy, do check up the minimum system requirements required for casting a tab from your Chrome Browser. However, if you are like me, you probably have multiple devices at home and one or two of them are sure to work. 🙂