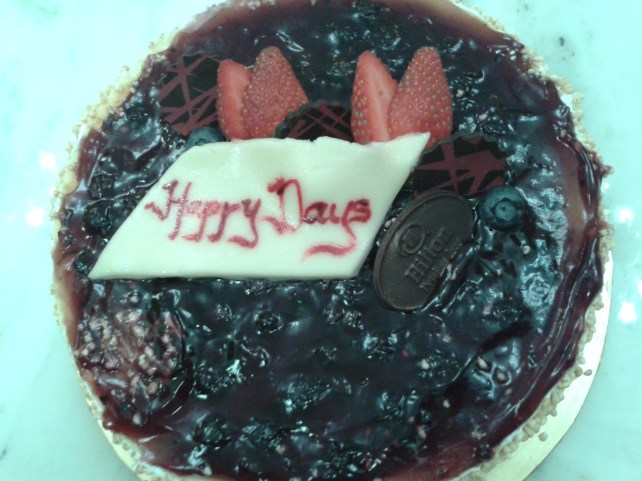 Recently we had a family gathering. Family gatherings are getting fewer and further in between now that everyone is older and busy with their own families.

My nephews and nieces are so grown now aged between 16 to 26. There is a gap between their ages and those of my kids because of the gap between my age and my bros and sis plus the fact that I am a late baby boomer, marrying late and starting a family late. Makes one feel old to see all the kids grown up now.

In fact, I just turned 47 last month. The funny thing about birthdays is you stop remembering how old you are after 25-30. Before that you look forward to your 16th birthday, your 21st etc. However after that, I stopped remembering. In fact, this year I thought I was turning 48. It wasn’t till I received an sms from big sis in the morning saying “Hello little sis. Happy Birthday. So you are turning 47 today.” It was only then that I realised my mistake or the whole day would have gone by with me thinking otherwise and I would have gotten 48 candles for my cake. 😛 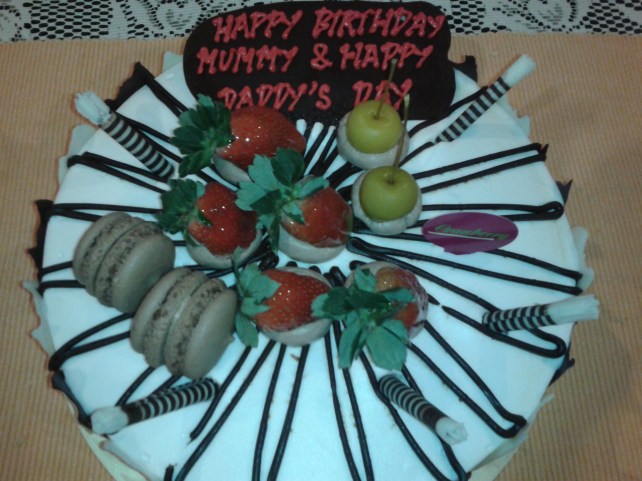 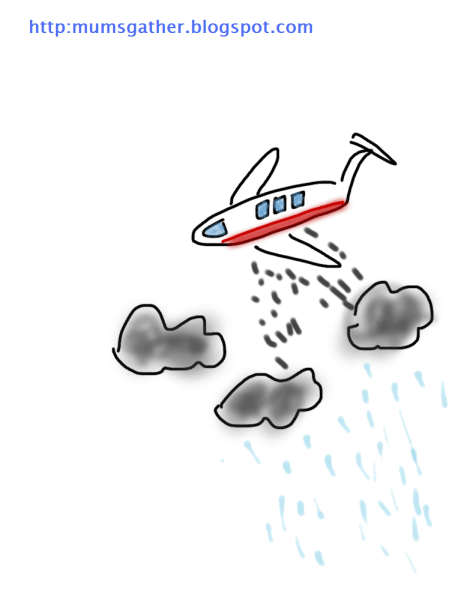 When you have kids, you have to be prepared to answer their questions all the time. One questions often leads to another. Thank goodness there is the internet, so I can pretend to be a smart, informed mom.

Due to the recent bad air quality, I had to explain to the kids all about the haze. This of course led to me being bombarded by all sorts of questions about the haze and the weather.

Here are some of my kid’s FAQs about the haze.

1. How Is Cloud Seeding Done?

Simple Answer For Kids: An aeroplane drops salt or dry ice over the clouds, then water droplets in the clouds mix with the salt to form rain. Source of answer: Here and here.

Simple Answer For Kids: It Is Solid Carbon Dioxide

3. What Is Carbon Dioxide?

Simple Answer For Kids: It is a type of gas

Apart from this we also talked about the hailstorm in Singapore which led to a discussion about hailstorms, what they are and  how hail is formed.

Being a mom means you are learning all the time. In order to answer these questions from the kids, mommy has to find out the answers first. 😛 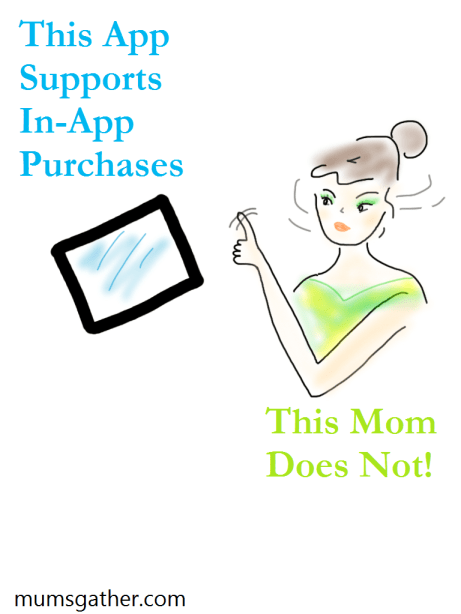 The rate at which technology is moving is getting faster and with that so are the new challenges moms are faced with and have to handle.

In the not to far away past, kids used to just say “buy” when you bring them to a supermarket. Now, they say “buy”, “upgrade” and “update” all in one breath at home. They used to only want to buy “toys” but now they want to buy “diamonds”, “jewels” and “coins”, “elixirs” and “weapons”, you name it. My son has “cleverly” set up “shop” to “sell” things to his friends.

He draws all sorts of special weapons, space crafts, animals plus food and homes for the animals in his notebook with prices listed for each of them. Then he goes around asking his friends what they want to “buy” and then he happily lists down his “orders”. No money is ever exchanged. It’s just a kids game after all.

That is why I don’t support in-app purchases. Not unless it is for a really useful educational site which I know we will be making full use off. Never for games. I make it a point to teach my kids about in-app purchases as Apple calls it or in-app billing as Google Play calls it. I tell them we have to part with real money if we want extra diamonds and stuff for the in-app purchases. We turn in-app purchases off on our iPad. What they have never got, they do not miss. In fact, they become better players as they economize and crack their heads over how to “earn” more money so they can “buy” more stuff for their games.

When we download a new game, they will say “Mom, look this one requires so much real money. That’s terrible isn’t it?” and on their own accord, they click away from the screen that calls out to you to buy the in-app purchases. For those interested off turning on in-app purchases, here is a video tutorial showing  you how to do just that.

Furby vs Figit. Furby or Figit Friends? Kids are really spoilt for choice these days.

I personally prefer the new Furby 2012 to Figit . I’ve seen videos of both and I think that Figit has limited play and kids will outgrow or get bored with Figit  faster or more easily. However, having said that, I think that Figit is ideal for very young girls who may just find the new Furby a little odd or frightening even. Figit is also “expandable” because you can purchase other Figit Friends

Furby is more like a pet, a real pet. You can’t turn him off. He’ll go to sleep or wake up and talk at his own will. Of course you can wake him up too by patting or tickling his chin etc. He may even get just a tad bit annoying to some. However, I think he will have great appeal to older kids, tweens or pre-teens as well as teenagers who may enjoy the fact that Furby has his own knowledge, which is Furbish. I know my kids will enjoy this part because they are so fond of talking nonsense at home. Sometimes, they like to make their own secret codes and languages before breaking down into giggling fits. They will surely enjoy learning the Furby language from the Furby to English dictionary which is available online. Furby 2012 even has its own free apple iTunes app! Check my Parenting Times blog on Furby 2012 for more details.

Some adults may enjoy Furby too. Some boyfriends may like to give the Furby to their girlfriends and they can both have one each and see how their Furbys interact with each other just for fun. As a cuddle pet of sorts to think of the other when they are not around. In Furbish (which is the language Furby speaks kah may-may u-nye means “I love you”). If only Furby could be trained to say that but like all pets, you probably can’t. Furby will however learn to speak English over time though, according to the manufacturers.

Figit Friends was hot but the new Furby 2012 is the hot toy for this Christmas 2012. Galloping hot behind its heals is FurReal Friend’s Baby Butterscotch, the Hasbro horse. Hasbro seems to have really got it this time around with their lifelike touch sensor toys.

If it’s gadgets you want to get for kids this Christmas 2012, then the battle is between Vtech’s Innotab2 vs Leapfrog’s LeapPad 2 Explorer. Kids are really spoilt by choice this Christmas 2012. Check out my Squidoo lens for the Top 10 Gadget Gifts For Kids including the Innotab2 and LeapPad 2.

Here’s a look at the Figit Friends Video

While, here is an overview of Furby 2012

Figit or Furby 2012? Which do you think is cuter? Which toy do you think will wit the 2012 Battle of the Christmas Toys? I think it will be Furby for toys. FurReal’s Interactive Pony is a little bit too costly for most. As for gadget toys, I think the winner will be LeapPad 2 or will parents skip the toy tablets all together and go straight for an ipad or Android tablet? Kids are so lucky these days, don’t you think?

Not us. Not just yet. Perhaps. lol. However, a distant relative is. She has pulled out her Std 3 daughter because she says she doesn’t want her daughter to grow up timid afraid of teachers, afraid of everything. So she is going to home school her. However, I guess she can’t be used as an example of whether parents will pull out their kids from Chinese School. She has taken her son out from Chinese school to Kebangsaan or Public School to homeschooling and Private school. Yup! She has tried all four avenues.

Another one of my daughter’s classmate left this week for a private school. Yet another will leave at the end of this term in about a month.

While another parent in my daughter’s class went to school to collect report card copies etc to be submitted for her application for a private secondary school. My daughter is only in Std 4. I haven’t even decided where to send her in secondary school and people are applying already?

Education system and education choices here are in a sad state. I don’t know where to send my girl to in Secondary school and we are hanging on to Chinese school despite the crazy homework load and it IS crazy. Everyday, all she does is go to school, have meals in between, do homework and sleep. There is not time for ANYTHING else! I feel sorry for her. Heck. I feel sorry for me. Ok. Enough Ranting. I must leave my energy for homework guidance later in the day.