It is not hard to make someone happy. Giving a true and genuine compliment will surely make someone’s day. So, if you observe somebody doing something right, why not tell them about it? You will be rewarded with a big smile.

The other day, I was queuing up at Mc Donalds to buy lunch for the family. The line was very long. There were only two cashiers. I was observing one of them. He was serving the small boy and his father before me. Although he was very busy, he had a big smile for the boy who was obviously very delighted to order. Then he gave the boy three toys to choose from for his Happy Meal. The boy chose one and smiled. The guy smiled back at him and said “Thank you for ordering, please come again.” Then he looked at the father and said “Anything else?” No customer was too small for him. He thanked the little boy for ordering.

When it came to my turn, he took my order, noted everything in his head, then everything went into the packages in a jiffy, and he turned around and asked for the amount. I gave it to him and said “You are very fast.” He stopped in his momentarily in his tracks obviously surprised but smiled in return.

I think  he deserved a complement. Sometimes the best complements come from a stranger at the most unexpected of times. I shall always remember how an irrate customer thanked me over the phone, asked me how long I was working for the company and said “You are very good. I believe you will go far.”

Why not make someone happy today? If you see someone who deserves a complement, say it. Don’t keep it to yourself. Don’t write it on  your blog. Tell the person and get rewarded with a big smile. 🙂 Happy Tuesday! 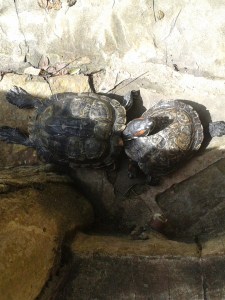 “Love may start quickly but love that is patient, slow and kind survives in the long run” quoted by MG

If saying I Love You is hard for you, then try some of these ways to say I Love You….

Technology has made me lazy, not only lazy but confused too. My new toy, my Samsung Galaxy Ace has a Swype technology keyboard. This means, I don’t even have to type. I just use my finger to swype the words, sometimes it even finishes or guesses the words that I want, even if I swype erroneously.

We used to call up friends to chat, but now we sms or write updates on our facebook walls or twitter which limits our words. We don’t have to say much anymore and we can send greeting cards to many in a click.

Then we have the ipads and many other tablet computers and eBook readers. Life has become simpler, paperless and it has made me lazy and confused.

Sometimes, I look at a device and I am not sure whether to tap it, swype it, tilt it or type on it! It takes a momentary moment, a short lapse of time for my brain to figure out how the device is supposed to work. Maybe its just me. My memory is getting worse and worse. I read in a recent research article that onset of memory loss or dementia may start as early as 45 or something to that effect. Perhaps that explains my confusion over the devices that is supposed to make life simpler but is making me lazy and confused instead.

I learned quite a few lessons on life from …. an umbrella. Yes, an umbrella, an inanimated object.

There I was bright and early, standing in queue behind an umbrella. How strange.

Lesson On Life #1: People aren’t always what they seem to be.

The normal couple who was enjoying their breakfast nearby had thought it fit to put an umbrella as a stand-in for them in the queue. How very strange. Normal couple also made sure they managed to register first when the clinic doors were opened.

On that same day, it was raining heavily after school. We were dismayed to discover that we had left behind two big and lovely umbrellas at the school. We searched everywhere and asked around but of course, it could no longer be found – two such lovely and big umbrellas.

Lesson On Life #2: If you don’t take care of your own things, somebody else might just take it!

We asked the sweet foreign worker at the canteen. She said she had not seen our big and beautiful umbrellas but later on she managed to get us a battered and torn one to use. If she hadn’t we would have been stranded in the rain for longer.

Lesson On Life #3: Help comes in all sorts of disguises

Lesson On Life #4: If you ask for help, sometimes you will get it

Lesson On Life #5: Even though something is old and battered, it still has its uses

Now, let us travel back further. One day, it was raining cats and dogs and a lady who was desperate to get to her waiting child, asked me whether I had a spare umbrella. “How can I return this to you? I don’t know you.” she said. So I gave her my daughter’s name and class but she never returned it and I never saw her again. I presumed that she must have forgotten the information that I gave her.

“Mummy, why did you give away our umbrella? It is so wasteful. We bought it with money.” my children asked.

I told them that it is just a small thing and that we should try to help others in need whenever we could. It feels nice to help others. Besides she did say she would return it.

The funny thing is that even though she never returned it, very soon after, we got back 3 umbrellas in return.

I had won a prize at a contest and during the prize giving  ceremony, we were given door gifts which included an umbrella. Somehow, I got the venue mixed up and arrived rather late for the prize presentation. As a result, there was a mix up and they forgot to call me on stage to receive my prize.

The organizers felt very bad and were very apologetic. They gave me my prize plus a few more door gifts including two more umbrellas!

I reminded my kids about….

Lesson On Life #6: If you give without expecting anything in return, sometimes you get back more than what you ask for. Give and you shall receive.

Well, that is the end of my long winded story. A result of 4 days missing from my blog. I am still feeling a bit drugged. I am currently taking the antibiotic Augmentin for my flu and it makes me feel floaty, nausea, and gastric. 🙁

My old fridge which is more than 10 years old was a National Tanto brand. In all of the years which we used it, it has never given us any problems. Not even one day. Not even when we moved it around when we moved house. It is an excellent fridge. Unfortunately none of the retailers we visited would allow a trade in for an old fridge.

When we asked them what to do with the fridge, the standard reply was “Just pay $10 or $20 and ask the lorry driver to get rid of it for you.” Imagine that! What a waste. It was a perfectly good fridge in perfect working condition and everyone asked me to throw it away! Not only that, I had to pay some money to get it thrown away!

I think that people these days, are getting more and more wasteful. Don’t want an old phone? Throw it! Your old tv is outdated? Throw it! Upgrading your fridge? Throw it!

Then I remembered Pertubuhan Amal Seri Sinar. Several years ago, when I was moving house, I had called them to help me take away my bulky items including sofa sets and other used items including boxes of books and old clothing for recycling. Persatuan Amar Seri Sinar or P.A.S.S. is a self-supporting NGO formed in 2003 to educate the public to recycle for charity.

I immediately called them up. They told me that they will help take away usable bulky items. All one has to do is call them up and they will come the next day. Lovely. I didn’t have to throw away my perfectly good old fridge after all. I could recycle it. So we had kakak clean up the fridge properly. We gave the inside and outside a good wipe but we didn’t call the recycling company for two weeks because we felt rather sentimental parting with it. Well, its finally gone now, donated for charity and  I hope it will be put to good use now, the way it served us for more than 10 years.

If you have any bulky items, no make that bulky usable items that you want to recycle for charity, you can contact: